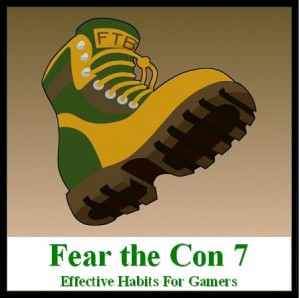 Caleb and I recently attended Fear the Con 7,(Thanks Fear the Boot!) running events, and promoting our work. It was a great con and we both had a blast there, but gaming conventions can be tricky for new game designers. For this episode, Caleb and I talk about our experiences at gaming cons and an aspiring professional should approach con work. Plus, we have an anecdote or two about the games we played and ran at FTC!