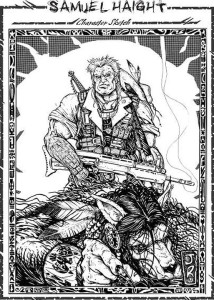 This is another panel I recorded at Comicpalooza this year, featuring Dave Martin from the Wrecking Crew, Ross Watson, and Lenny Balsera from Evil Hat. They talk about designing memorable and effective villains for your game. Enjoy!