RPPR Episode 115: The Agony of Choice 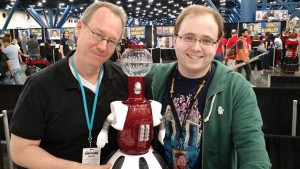 News: Boiling Point is out! Get it on DrivethruRPG or through the Base Raiders store. Tom is attending Go Play NW and might be showing up at Fear the Con. I will not be at either con, sadly, due to work.

Synopsis: After running online games for Patreon backers, I’ve started to rethink my approach about designing scenarios, especially online games. Listen to Eclipse Phase: The Evac for an example online game. I talk through what I’m thinking about with Tom and hash out some new ideas for adventures. Tom also has a review of the movie San Andreas instead of a letter, plus shout outs and anecdotes.