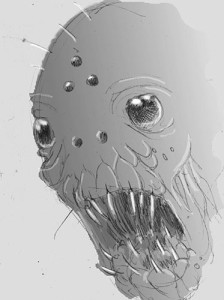 The RPPR crew is back from Gen Con and we have a lot of podcasts for you! Caleb and I gave six panels and we recorded them all. The first is a new Game Designer Workshop episode, where I talk about my progress in Ruin and Caleb discusses his new beta for Red Markets. RPPR: making mistakes in game design in real time, for your entertainment!