RPPR Episode 136: Playing for an Audience 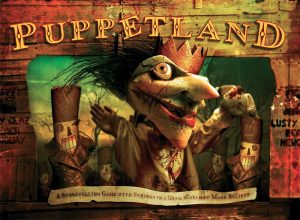 News: Puppetland is now out! I wrote two adventures for it and we will do an actual play of it in the near future. Stay tuned. Also, Faust has moved to Washington so he can work for Camouflaj and we wish him the best of luck!

Synopsis: Caleb and I discuss the challenges and rewards of recording games, either for podcasting or sharing with the community, or just for posterity’s sake. Technically, it’s easier now to record than ever before but how does it affect the game itself? It definitely makes a GM more self-conscious about what kind of games they run and how they are run. Is it worth it? That’s a question only you can answer, but Caleb and I go over the pros and cons of recording games. We also have some shout outs and an anecdote from this Patreon special game: Delta Green – Hearts and Minds.