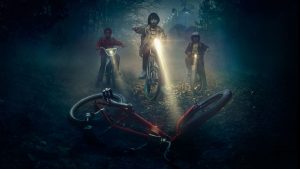 News: Get Zombies of the World and both Base Raiders supplements for $30! I will also be attending Go Play NW this month. I don’t have a schedule yet for games I will run yet but I will post on social media when I do. Stay tuned!

Synopsis:The small town mystery is an old but still viable subgenre. From Murder She Wrote to Stranger Things, we can’t get enough of local citizens sleuthing brutal murders and occult conspiracies. Shaun, Caleb, and I discuss the genre and how to use it in a tabletop RPG environment and how to apply elements of it in other genres and games. We also have an Unknown Armies anecdote!