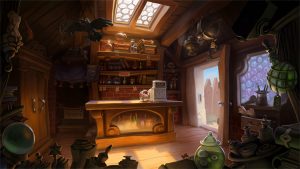 Many RPG campaigns inevitably have at least one session that’s more about shopping for new items and gear. Some players love it and others hate it. How important are items and associated game mechanics for them? Caleb, Jay B, and I discuss the differing philosophies of items in various RPGs, from Phoenix Command’s detailed rules to Fiasco’s non-existent rules for items. We also discuss an upcoming gear book for Red Markets, plus shout outs and anecdotes.

News: Party Fowl is out! If you haven’t already got a copy of the best duck-themed social gathering board game of 2019, then get yours today! Also, I am going to Australia next month, but RPPR will still be going strong. I will be posting about my trip on Twitter and Instagram.

10 comments for “RPPR Episode 165: The Importance of Gear in RPGs”