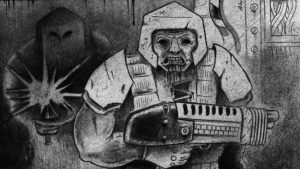 Quake 1 is an incredibly influential video game, not just to other video games, but to tabletop RPGs as well. We played Slipgate: Chokepoint recently. Now that we’ve re-played Quake 1 and a RPG inspired by it, Chris and I discuss the thematic and mechanical differences in translating pixels to a paper game.

(on a personal note – I plan to post more episodes here more frequently. The last few months were extremely hectic but now that the wedding is over, I can focus more on RPPR podcasting. I have a lot of great topics for upcoming episodes so stay tuned!) 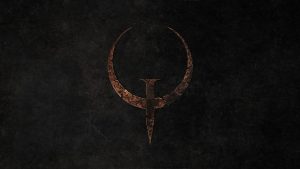 For our first game, we’re looking at Quake 1, the influential FPS from Id Software with Lovecraftian undertones. Its story is barely more complex than its color palette, but its incredible action and innovations changed video games forever. (On another note, I talked about the Quake 1 soundtrack on my other podcast, Night Clerk Radio, so check out that too!)

Listen to part 2, our actual play of Slipgate Chokepoint, here.