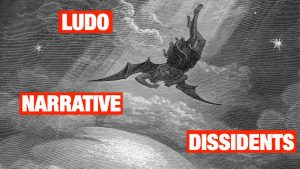 Ludonarrative Dissidents is a new podcast series from Ross Payton, Greg Stolze, and James Wallis. Check out the Kickstarter to help fund this project and get unique rewards!

In each episode, we plan to focus on a particular RPG, looking at its mechanics, setting, and everything else to see what makes this game tick. In this preview episode, we look at Apocalypse World, the RPG that launched a revolution in the indie RPG scene. We try to answer the following questions:

1) What the game does.
2) How it does it.
3) How people play it.
4) Why people play it that way.
If you want to hear more episodes, help us get our goal for a season of six episodes, with the games chosen by backers! We also have rewards for bundles of our games in PDF, a chance to play in an online game run by one of us, and get your game critiqued by us! 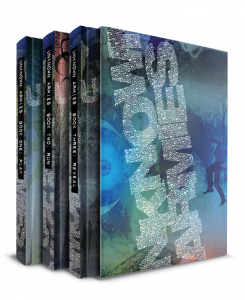 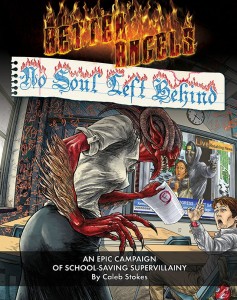 No Soul Left Behind, a full campaign for Better Angels, written by RPPR’s Caleb, is now available for purchase. In this special interview, you can hear how the book came to be, Greg Stolze’s thoughts on it, and a lot more! From hilarious playtesting stories to lessons learned on game design, this discussion covers everything you wanted to know about No Soul Left Behind. Don’t forget to listen to the RPPR Playtest campaign, if you haven’t already.