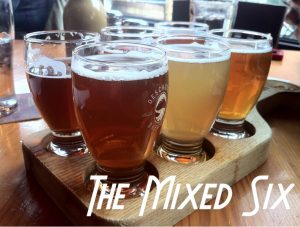 Welcome! Spencer, Caleb, and Producer Ross are trying something new. On The Mixed Six, we drink six beers and have six conversations. It’s a variety show that slurs its speech, and we’d love to get some feedback on it.

Music: Below the fold