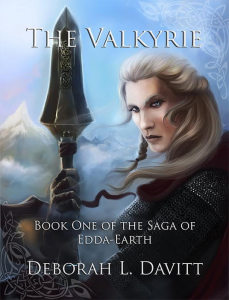 Way back in Episode 57 (Read the Fine Print), Tom gave a shoutout to a story on Fanfic.net.  It was a Mass Effect fanfiction that Tom became a huge fan of, as well as the author, Deborah Davitt.  Now, some years later, this very talented writer has a brand new novel that truly deserves your time.  It is called The Valkyrie, the first book in the Edda Earth series.  Set in an alternate history setting, Rome never fell and magic and the Gods are real.  In this segment, Tom interviews Ms. Davitt, to get the lowdown on this unique story, the first in a series of books.