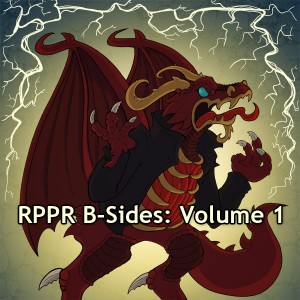 News: Actual Play fans can rejoice! RPPR B-Sides provides early access to archived and unaired AP episodes that will NEVER make the AP podcast. Check out RPPR B-Sides to learn more. In other news, we’ve redesigned Role Playing Public Radio and will eventually get to RPPR Actual Play. The design is not 100% final, so there may be tweaks here and there.

Also, Base Raiders is still in production.

Finally, the Know Evil Fan Creation Contest ended, so check out this post on the RPPR forums to see who won! We would like to thank everyone who entered but we only had 5 posters to give away.

Synopsis: Mixing genres in games (like fantasy and horror) can be fun but it can also turn your game into a mess. Tom and I discuss how we approach genre mashups and what kind of pitfalls we have learned to avoid. Tom provides examples of his own campaigns and I pontificate like the published author (and horrible monster) that I am. You know, the usual stuff we do for episodes.

Instead of a letter, I give an extended review of Grimoires, an excellent history of books of magic and how real life books of magic can be great game fodder for many kinds of role playing games. As an example, check out the Sixth and Seventh Book of Moses. It’s a public domain grimoire so feel free to use parts of it as a handout for your next horror game or whatever.

Finally we have shout outs and an anecdote, as always!