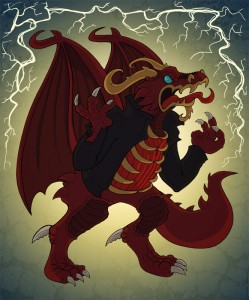 Role Playing Public Radio (RPPR) is an Ennie Award winning tabletop gaming podcast that offers advices for gamemasters and players, reviews, interviews with game designers, anecdotes, and more! It is hosted by Ross Payton and Tom Church. RPPR covers a wide variety of games and genres, from popular fantasy classics like Dungeons and Dragons to new sci-fi games like Eclipse Phase.

RPPR began in 2007 after Ross and Tom went to Gencon for the first time and had to share their experiences with the rest of the gaming world. Since then, Role Playing Public Radio has developed its own unique blend of advice and comedy. Gaming is supposed to be fun, after all.

In 2009, Role Playing Public Radio created a spinoff podcast called RPPR Actual Play, which releases the tabletop adventures of the RPPR crew on a regular basis.

If you enjoy tabletop games and want to improve the quality of them, give RPPR a listen! We have a little something for every gamer who’s ever rolled a natural 20 or was eaten by Cthulhu.