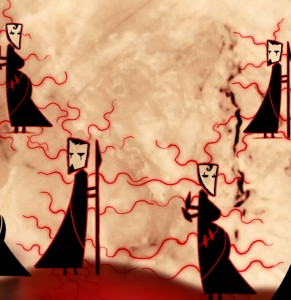 In the second episode of Game Designer Workshop, Caleb and I talk about the importance of research. This is not only researching setting material but other games. It’s important to understand what kind of game mechanics have already been done so you can learn from them. Researching details for your setting, like technology and history, can take a lot of forms as well. Reading books, listening to podcasts, watching movies, and playing other games can all be considered part of research.