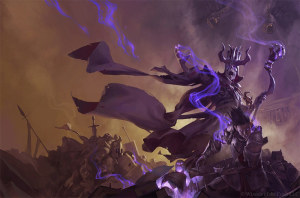 News: RPPR B-Sides volume 2 is coming soon. Volume 1 is free, so check that out, if you haven’t already.

Synopsis: A new edition of Dungeons and Dragons has been released and Bill, Sean, and I have played enough to have opinions that are more than just knee-jerk reactions. In this episode, we talk about the merits of 5E compared to the previous edition, what we like, what we don’t and more. Tom isn’t in this episode, so no letter. We do have shout outs and anecdotes though!