Interview with Eli Kurtz about Blackwoods setting for Savage Worlds 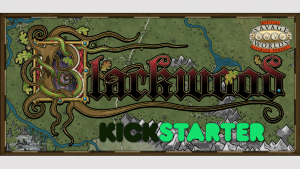