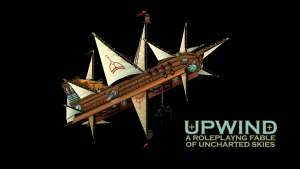 Sponsor: Upwind is being Kickstarted right now! Check out the campaign and back it today.

Synopsis: Jeff Barber has been working on Upwind and its Kickstarter since our first interview, so I checked in with him to see how the design of the game has progressed and what Jeff has learned about Kickstarter when preparing his campaign for it. We discuss the current state of crowdfunding for tabletop games, the challenges of publishing a game now and of course the mechanics of Upwind. Enjoy 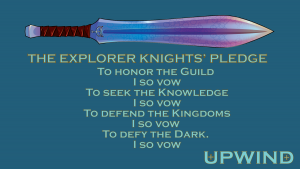 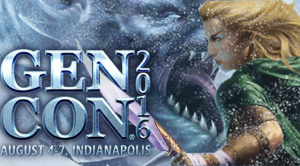 We just got back from Gen Con 2016 and we have a lot of podcasts to share. Our first one is a panel we did on game design. Ross and Caleb continue their proud tradition of screwing up in real time, with special guest Jeff Barber. Lend your questions and comments to a live episode as the pair gives updates on Red Markets, Ruin, Upwind, and other game projects. More specifically, Caleb will be doing playtests of Red Markets at Gen Con. Ross has news about Ruin and other game projects in the works. Both have news about current freelancing projects and plenty of advice for aspiring game designers in attendance.