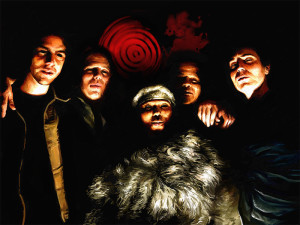 Sponsors: This episode of RPPR is sponsored by Mystical Throne Entertainment. Use coupon code rpproctober to get the Entropic Gaming System PDF for $1 (normally $5).

Arc Dream is also sponsoring this episode of RPPR. Check out the Delta Green Kickstarter going on now. There is a free Quickstart guide and demo adventure available.

Synopsis: Conspiracies are a common element in horror games, but they are often handled badly. They are too powerful, too well-organized and too flexible to stop or even fight. In this episode, we talk about how to use conspiracies in RPGs, by looking at historical conspiracies like Operation Gladio and DeBeers. SPOILER WARNING FOR THE FILMS THE PLEDGE AND MEMORIES OF MURDER. There’s also shout outs and anecdotes.